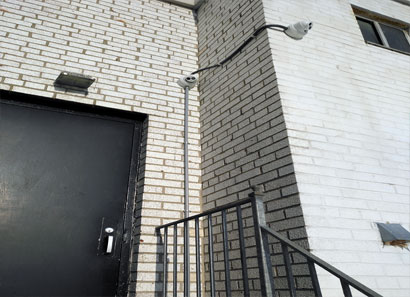 The advantages of having Security Cameras is that you can view your property locally or remotely and it is recording 24/7, 7 days a week on Motion Detection. Whether it is for your home or business, you can watch over your property regardless of time and place at your own convenience.  We offer many different Camera Package Deals that can suit your needs and budget. Topping that at an affordable price, one time payment, no contract, no monthly fee and no hidden fees is a deal you do not want to miss.  Security Cameras are like having Body Guards all over your house except much affordable and better. For Package Deals Click Here

Best Places to Place your DVR or NVR 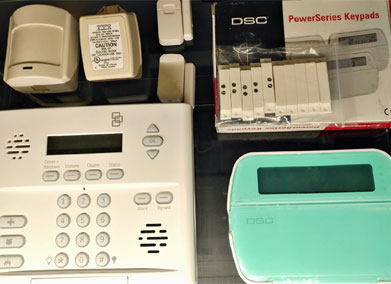 Alarm systems are second line of defense complementary to Security Cameras together they can fully protect you not only with video recordings but also with intrusion, fire, basement flooding and carbon monoxide leakage.

The alarm system will include contacts for all main doors, main floor and basement windows, motion detector, alarm panel, siren and keypad for the control of the system. It can be either installed and monitored by a monitoring center that will call the Police, Fire Trucks and Ambulance in case of any intrusion, fire and medical event.

Or have it installed but monitored by yourself, the alarm siren will still go off but will not go to monitoring center and the different emergencies. Alerts can also be sent to smart phone for motion detection a key feature. 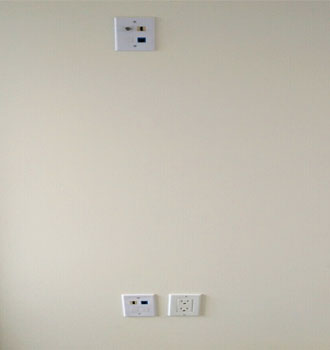 If you have problems with your internet, weather it is slow and need to speed it up. We are the right help for you. We do everything from troubleshooting your modem and/or router for speed, give advice on needs and speed requirements. Running new cables such as cat5 for better speed, whether you want to go all wireless or hardwired, we can do it all. 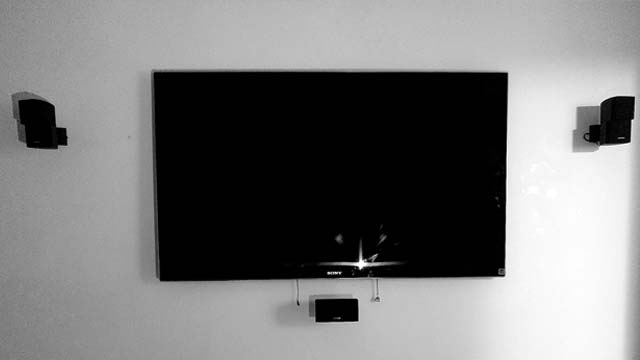 For Home Theater Systems, you can go wide range of systems like most technologies now days. There are a wide varieties of wireless speakers that can be moved around your house or business.

But if you want something that is permanent and professional then better to do a hard wired system. That comes with a receiver with all the features and in wall round or rectangular speakers. The speakers can go on the hallways, rooms, washrooms anywhere you can think of. A key feature is that the volume, music selection and on and off button can be controlled by an app on a smart phone.

For TV Installations we got different types of Mounts that suits your TV or the type of tilt, full motion to straight and rigid mounts that you prefer. We can either provide our Mounts with installation or if you have your own mounts, we can just provide installation. We got everything from basic inexpensive mounts to big, strong and sturdy to full flexibility with motion. So that you can get an ultimate TV experience. 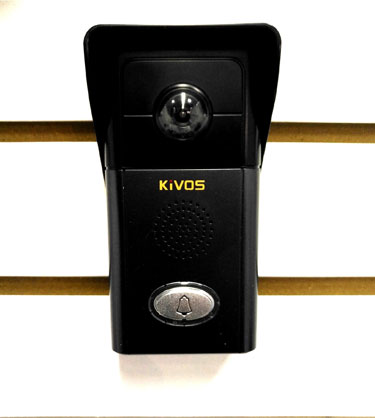 Intercoms are basically doorbells with two way audio and one way video features. These kind of intercom is hard wired. They come with two pieces, the doorbell goes by the door outside of an entrance and a monitor goes where ever you like and as many as you want. For example, by the kitchen door to see who is outside the door ringing, inside the bedrooms such master bedroom, etc.

There are other kinds that are wireless and good thing is the handset monitor can be taken every where inside the home and comes with a rechargeable adapter.

Third kind comes with a doorbell piece that is home wifi enabled. Also is wireless but goes on your smart phone devices. Key feature with this kind is the ability to watch from anywhere, see who rings your home doorbell.